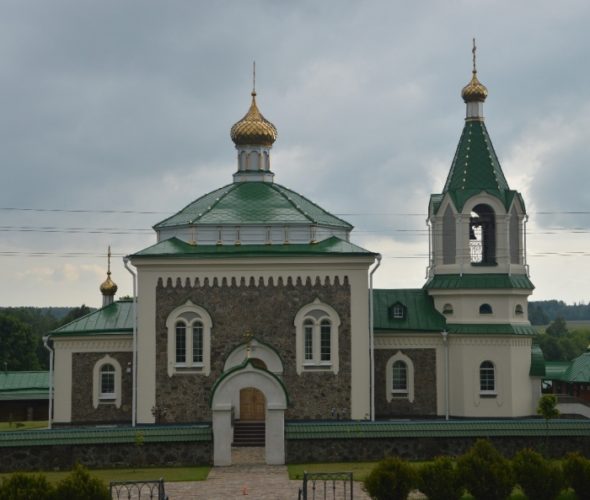 The parish of the Holy unmercenary Cosma and Damian dates back to 1863. The church was built in 1865, as evidenced by the inscription on the facade, it belongs to the so-called “muravyovka churches− – churches that were built on the territory of Belarus by order of governor general Muravyov after the suppression of the uprising of 1863-1864.

The church is a monument of architecture of the retrospective Russian style and it has four-part composition.
Since 2006, the church has been under renovation, which is carried out with funds donated by parishioners and trustees of the church.
In early 2010, the church was crowned with new domes with crosses. The roof of the temple was completely replaced.