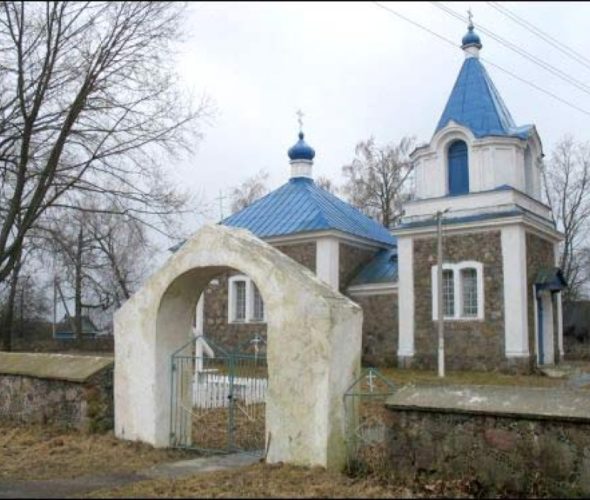 Prior: The parish is under the pastoral care of Priest Valery Yaromich, the priest of the church of St. George the Victorious, Dubina-Yurzdytskaya village (tel.: +375-29-6468331).

The Zabrezsky Holy Annunciation Church was built in 1867 from rubble stone according to a standard project. The temple is a monument of pseudo-russian style architecture, located in the center of the village. In the entire history of its existence, it has never been closed. Prayer sounded and trebs were performed in the Zabrezsky church even in the difficult sixties for Orthodoxy.

It is known that in 1928, the prior of the Holy Annunciation church in Zabrezye village became a young priest Evstafiy Baslyk, who replaced the old and infirm priest Vladimir Korontsevich. Father Evsafiy has been the priest of this church for 19 years.
In 1996, after the prior of the church, Archpriest Alexander Sokolov, retired, the parish ceased to exist as an independent one, and became attached to the church of the Holy Great Martyr George the Victorious in Dubina-Yurzdytskaya village.