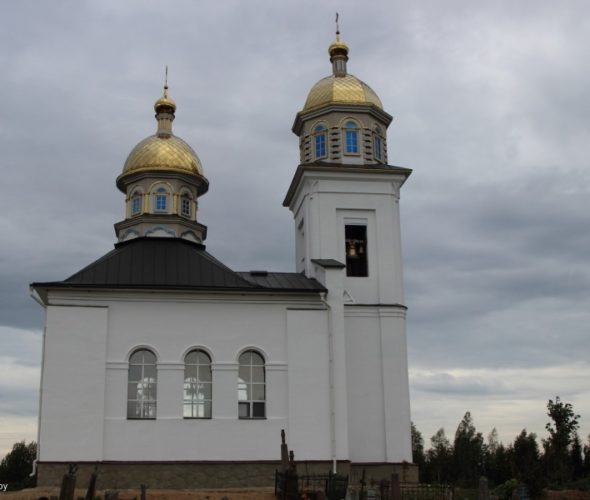 Back in 1850, a stone chapel was built by count Tyshkevich at the cemetery of Volozhin which belongs to the Bernardine monastery located in the city at that time. After the church was converted into the Orthodox Church, there were no worship in the chapel.
In 1885, it was transferred to the Orthodox St. Joseph parish. A year later, with donations from parishioners , an iconostasis was built in the chapel and the roof was replaced too. And on October 20, 1886, the vicar of the Vilna Holy Spirit Monastery, Archimandrite Varsonofy, consecrated the rebuilt chapel in honor of the Transfiguration of the Lord. Later it was known as the Spaso-Preobrazhenskaya Volozhinsko-Kapustinskaya cemetery chapel.