Skip to content
Главная » Churches of the deanery of Dolginovo 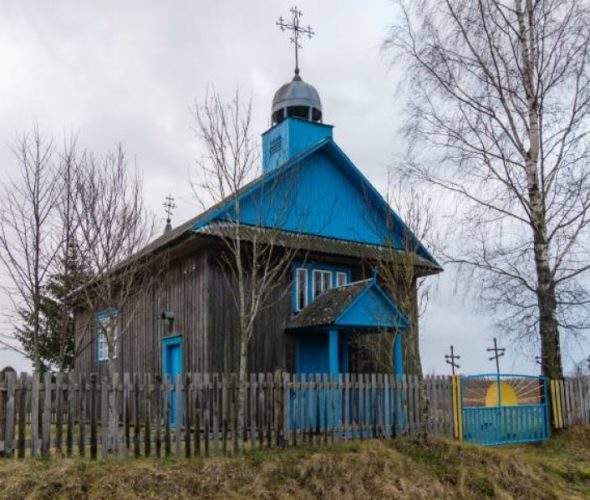 Churches of the deanery of Dolginovo

Address: Vardomichi village, Vileyka district, Minsk region.
Rector: The parish is under the pastoral care of Archpriest Ioan Linnik, rector of the church of the Holy life-giving Trinity in Dolginovo village (tel.: +375-1771-64260; +375-29-3544405).
The exact date of the construction of the church in Vardomichi village is unknown. It is known that the local landowner General Anna Sukhotina, who inherited the estate from her grandfather Colonel Karavaev in 1847 built the church.
The church is small, wooden it is a monument of folk architecture. It has always been assigned to the Milan parish.
In 1960 the church was closed and ruined. By 1993 it was restored. In September 1993 the church was reviewed by His Eminence Filaret, Metropolitan of Minsk and Slutsk.

In 1990 five of the most valuable icons were stolen, and nothing is known about their location until now.

The church was restored in 2014 but not consecrated. It is attributed to the parish of the Holy Life-Giving Trinity in Dolginovo village.