Skip to content
Главная » Churches of deanery of Vileyka

Parish of the church of St. Mary of Egypt, Vileika town (deanery center) 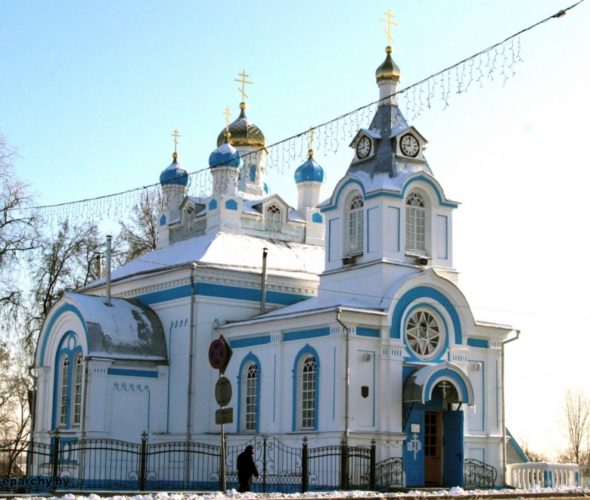 Churches of deanery of Vileyka

The church was built in 1865 with the blessing of Metropolitan Joseph of Vilna and Lithuania (Semashko), with the active support and participation of the Governor-General of Vilna Mikhail Nikolaevich Muravyev and Vileyka leader of the nobility, collegiate assessor Konstantin Mikhailovich Snitko, designed by engineer Alexey Vladimirovich Polozov.

The construction of the church was carried out on the donations of a nobleman, chamberlain and actual state councilor Apollon Mikhailovich Redkin. The philanthropist lived in the city of St. Petersburg and donated 11,500 rubles in silver and whiched to name the church in honor of St. Mary of Egypt, the greatest ascetic of the Orthodox Church.

The church was consecrated on August 22 (September 4, 1865) by Grace Alexander, Bishop of Kovno. The priest Illarion Vyrzhikovsky was appointed the first prior of the church.
The icons for the iconostasis were painted by Mikhail Nikolaevich Vasiliev, professor of historical painting at the St. Petersburg Academy of Arts.
The parish has 2 chapels: at the source of the farm Domanovo and in Vileyka town.