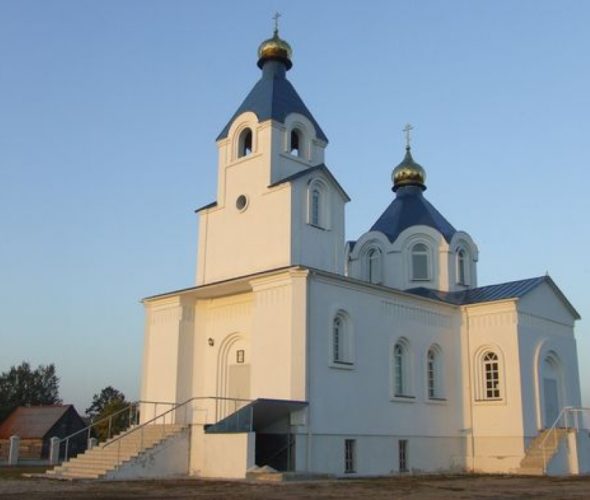 When Nosilovo village was in the ancestral property of Lyagovichi, in 1765 they also built the Uniate Transfiguration Church, from 1838 it became orthodox, operated until 1960 and was demolished by order of the authorities of that time.
In 2001 it was decided to build a new church in honor of the Transfiguration of the Lord. An old, completely abandoned cemetery on the shore of the lake was chosen as the place to build a church. It was built at the expense of Maria Andreevna Sheremet, a resident of Molodechno, and her son Igor Anatolyevich, as well as donations from parishioners.

In 2004, the church was consecrated by his Eminence, His Eminence Filaret, Metropolitan of Minsk and Slutsk. Since the time of the old church, an icon of the Mother of God has been preserved, which is considered locally venerable, and according to the stories of some old-timers miraculous.