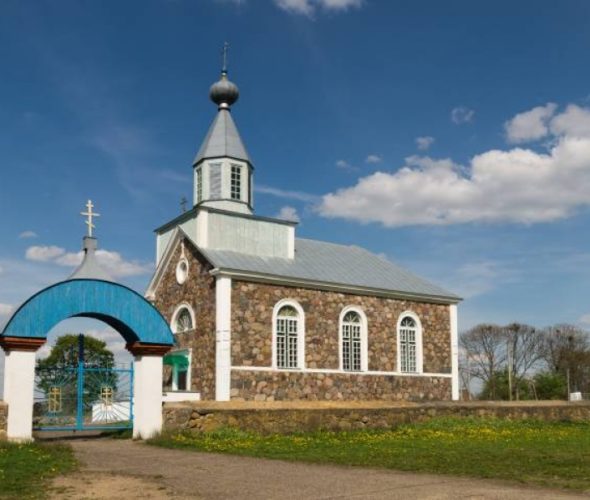 Prior: The parish is under the pastoral care of Priest Nikolai Bobrik, the priest of the Church of the Ascension of the Lord in Zaskovichi village.
(tel.: +375-29-530-71-75).

The Lithuanian diocesan news reports that on October 1, 1864, a church in the name of the Intercession of the Most Holy Mother of God was consecrated in Benitsa village , Oshmyansky county. The church was built of cobblestone and lime, by the landowner Shvaykovsky.

In 1871, an archpastoral blessing was given to the chairman of the parish guardianship of the Bezhitsa Church of the Oshmyansky district, the foreman of the Benitsa parish, peasant Simeon Rotko, for a donation to the local church. Maria Alexandrovna, the wife of Emperor Alexander, sent from Petrograd an expensive iconostasis and an icon of the Most Holy Trinity with a commemorative inscription to the orthodox church consecrated from the catholic church.
In 1964, the church was closed. The church community resumed its activities in 1990, and for some time had the status of a member of the church in Markovo village.

On October 2, 1992, the independence of the Holy Protection Church returned. Currently, the parish of the Intercession of the Most Holy Mother of God in Benitsa village is assigned to the Church of the Ascension of the Lord in the Zaskovichi village.