Skip to content
Главная » Churches of deanery of Dzerzhinsk 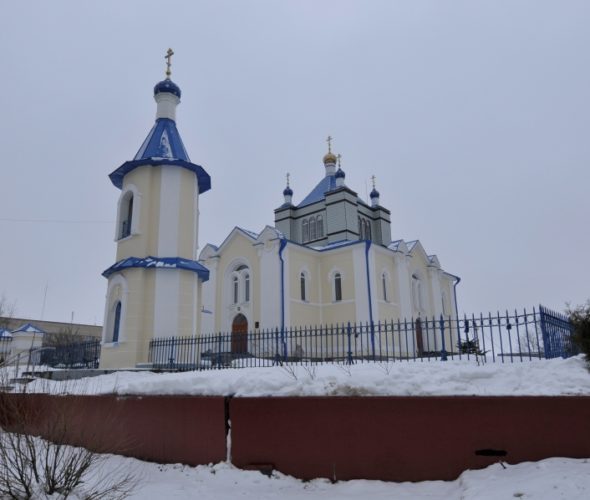 Churches of deanery of Dzerzhinsk

The first churches appeared in Koidanovo in very ancient times. The main parish church was called the Holy Intercession Church and was located in the village itself, on a rather high place. The second one was a small chapel, called St. George’s and was located in the local cemetery. It is unknown when and by whom they were founded.

The ethnographer and publicist Pavel Shpilevsky, who passed through Koidanovo in the middle of the XIX century,graduated from the Minsk Theological Seminary (1843), noted in his book “Journey through Belarus and the Polessky Region”, that previously an icon with the inscription “Krutogorye, 1146” was preserved in the Holy Protection Church. The same is reported by the church local historian of the last century, Archimandrite Nikolai (Truskovsky), the author of the “Historical and statistical description of the churches of the Minsk diocese.” An indirect mention of the churches of Koidanovo is contained in the royal charter of 1588, issued to local residents by Sigismund III Vasa at the request of the local Prince Nikolai Radzivil the Red. According to this privilege, people from Koidano were granted the right to organize fairs “on gramnitsy and semukha”, as well as on St. Peter’s Day. St. George and the Intercession of the Mother of God, when the patronal feasts of the churches operating here were celebrated.

The modern church of the Intercession of the Most Holy Mother of God was buılt according to the project of the Provincial Construction Commission on March 7, 1845. The construction work was completed in 1850. In 1936, the church was closed, and the wooden dome was demolished. The gate chapel and the fence around the churchyard were destroyed. The church was used as a storage room. In 1942, the church was opened. The restoration work was carried out hastily with the permission of the German occupation authorities. In 1952, the church was plastered, minor repairs were carried out. Later, Father Igor Zheleznyak carried out work on the restoration of the central dome. The churchyard was surrounded by an iron fence. In 1998, a modern free-standing bell tower was built on the territory of the temple.